Seventy-two years later the protagonists of the Base of Instruction of the Popular Army of the Republic, return to Pujalt..

On Sunday, October 10 at 12 noon, the Interpretation Center of the MEMORIAL OF THE POPULAR ARMY in Pujalt was inaugurated with theater, poetry, live music, exhibitions, etc

Despite the constant rain, hundreds of people attended this act. Among those attending, there were residents of the area, relatives of soldiers who were at the base, an ex-combatant who was in the camp, M ª Jesús Bono, general director of the Memorial Democràtic of the Generalitat de Catalunya, Josep Coma, Area coordinator Of Education of the Delegation of Barcelona, and Jordi Mercader, Counselor of Tourism of the Consell Comarcal.

Among all of them, it is worthwhile to stress, because of its symbolic, historical and documentary importance, the visit of the people who were in the Base during the years 1938 and 1939 and the relatives of those people, who are now disappeared, because they keep memories and documents that their relatives transmitted to them.

A long history of fighting for freedom and democracy led our protagonists to travel the Aragonese, Catalan and French lands until they returned to where they had been in 1938, Pujalt.

Jacques and Ginette González are two of the three children of Major Santiago González Artigas, Commander in Chief of the Base of Instruction of the Popular Army of the Republic settled in Pujalt in 1938, in the region of the Anoia. Jacques González is the author of a his father’s biography, the Commander, in which he explains his long fight against fascism in Spain and against Nazism in France. Thanks to Jacques we now have the first official documents of the Base, photographs and personal objects of his father, Commander Gonzalez.

On Sunday, October 10, Jacques and Ginette, 80 and 84 years old respectively, went on a trip they had already done 72 years ago with their other brother, Casimir, and their mother, Illuminada Domínguez, who came from Paris, in December of 1938, arrived in Pujalt to celebrate the Christmas holidays together with Comandante González.

Mr. Manel López Guínter, survivor soldier of the Base, also returned. We keep from him important personal memories, interviews and live songs and also an interesting batch of letters sent from the Base in the fall of 1938.

Ms. Josefa Olivé is the daughter of the soldier of the Base “Joan Olivé Porté”. This man was the personal secretary of the Commander who received from him, in November of 1938, a dedicated book of poems that he had created inspired by the “Estampas” of Castelao. The book was composed by 10 engravings about Fascism and War and was published in Galicia Mártir, Valencia, in 1937. This book is now back in Pujalt, thanks to Mr. Jacques González, and from it is born the theatrical and poetic spectacle “POESÍAS DE UNA GUERRA” that was premiered in the inauguration act of the Interpretation Center in the Memorial of Popular Army in Pujalt (Anoia). 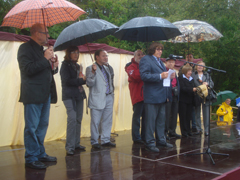 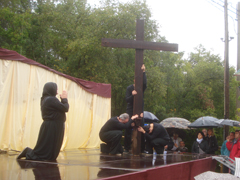 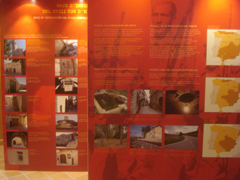 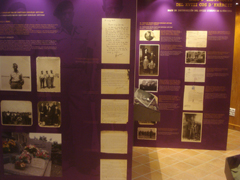 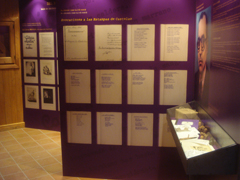 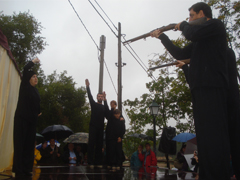 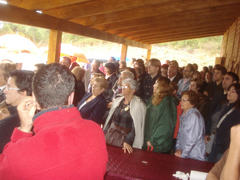 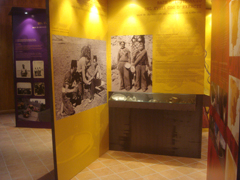 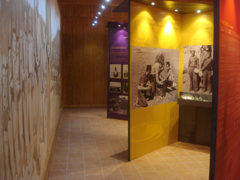