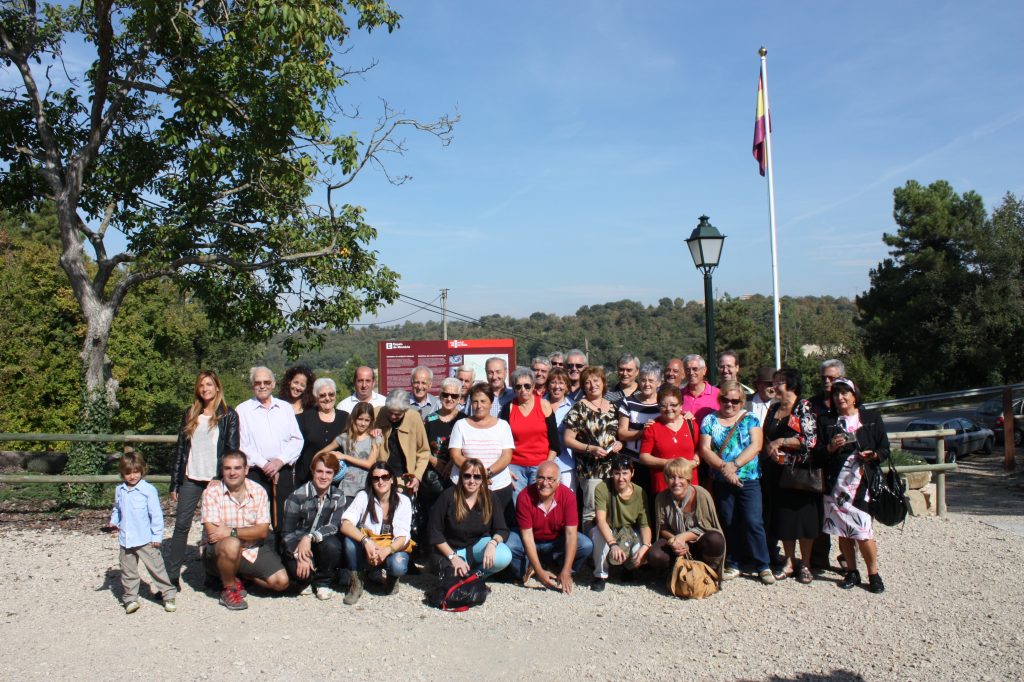 Signed route from Sant Andreu’s Church through the streets of the village of Pujalt. We will see how the different services of the Base were distributed, among the buildings existing in 1938 and still preserved today (houses, sheds, warehouses, civil and religious public buildings, etc) Also visit “Plaça de Dalt’s” shelter, one of the four shelter in the city center.

A. SANT ANDREU’S CHURCH
Sant Andreu’s Church, burned during the summer of 36, was rehabilitated during the year 1938 as the Home of the Soldier. Windows were opened to give more light to the interior.

B. THE “CASA NOVA”
Base’s commander house and vehicle workshop.

E. “CAL FRANQUESA”
It was a hospital, a primary care center. In Ferran, a near town, there was a hospital with more services and the general military hospital was the building of the University of Cervera.

F. CHAPEL OF THE “PURÍSSIMA CONCEPCIÓ”
Cultural center. It was a space where the band’s rehearsal of horns and drums took place in the Base.

H. RECTORIA
Refugee house. The first refugees from Madrid were housed at the end of the 36th. During the war many neighbors had to receive refugees from all over the country.

I. “CAL SERRA”
Schools before, during and after the Civil War.

J. “PLAÇA DE DALT”
Air-raid shelter. In the village there were four. In case of antiaircraft alarm, they were used by both military and civilians.

L. CASTLE OF “LA MOTA”
An observation point and an air defense were installed.

M. “CAL CASTELLER”
In the still-preserved dance hall, there was a library where soldiers took literacy lessons.

Access to the southeast sector of the Base. The different entrances to the place were built by the military, with the accomplishment of civil works: margins of stone, construction of slopes, felling of trees, etc.

These are the archaeological remains of a lime oven from the s. XVII-XIX. The calcareous stone of the area was subjected to high temperatures to turn it into quicklime, which later could be used for construction, like disinfectant, for the walls, etc.

2. QUARRY
For the construction of different architectural structures: walls, latrines, canals, etc Soldiers used the stone extracted from rocky outcrops, exploiting quarries like this one.

3. BARRACKS
First platform of barracks. On this platform there were a total of eight like the one we see. These barracks served to house the soldiers who were spending 10-15 days at the Base. The interior was equipped with bunk beds, a stove of charcoal and firewood and had space for forty soldiers approximately.

4. LATRINES
Equipment for personal physiological needs. The latrine is formed by a surface structure with a plumbing, a parquet of planks with some more separated and a square well of five meters of depth.

5. BARRACKS (LOCATION)
Surface prepared for the assembly of a barrack. We can see the dimensions, the drainage channel of the rain and the stairs. This barrack, like others on this platform, was set on fire by the Republican soldiers at the time of leaving the Base.

6. ANTIAAROUS SHELTER
Underground gallery excavated by the same soldiers in the sediments of the mountain, with a height of 1.70 m, 0,90 m wide and a length of 130 m linear gallery. It was used for personal protection during aerial alarms and it has two entrances to facilitate access, eviction and ventilation.

7. GUN POWDER
This subterranean gallery, with a single entrance and iron gate, had the function of gun powder, the place where they kept the arms and the ammunition. It is 25 meters long and like the other shelters, the entrance is in the shape of four in order to avoid the shrapnel and the blast wave in case of explosion in the access.

8. ANTIAAROUS SHELTER
In the forest, close to the traffic and daily life of the soldiers, we find different entrances to antiaircraft shelters. This road communicates with the one we find a few meters ahead. This route served to supply the base.

9. CONIC CAMPAIGN SHOPS
Sector with the remains of twelve conical or Swiss shops. The shops have a diameter of six meters, a central wooden stand and a conical canvas. They had place for twenty soldiers with their equipment.

10. HOME / FIRE
In this sector, the soldiers live, they warmed theirselves, talked, ate, etc Behind this home we saw stoned steps leading to the kitchen area.

11. RECONSTRUCTED CAMPAIGN STORE
The interior of the tent has parquet floor in the entrance and the floor covered with straw where the soldiers slept. The upper part of the lateral wall and the central circular structure used them as shelves.

12. LIVING SPACES
These structures are small rooms built by the soldiers themselves as their own home. These homes were covered with beams and uralites.

13. ANTIAIRCRAFT DEFENSE
Set consisting of a bunker guard and ammunition with a home, a connection trench and the emplacement of the anti-aircraft machine gun on a column built with stone and cement.

14. HALF-BURIED LIVING SPACE
This room was built by excavating the selected space in the forest and was then covered with wooden beams and grave. It also has a home and could house about 8-10 people.

15. SECOND BARRACKS PLATFORM
Here begins the second barrack’s platform, a total of nine barracks, and it ends with a emplacement used as a theater and activities room.

16. ANTIAEREAL SHELTERS ACCESSES
In this platform up to eigth entries of anti-aircraft shelters that housed the soldiers of this barrack’s zone are conserved. Every two barracks have a refuge entrance.

17. QUARRY
Quarries where the stones were extracted for the construction of the retaining walls of this barrack’s platform.

18. THEATER BARRACK
This barrack is the largest and it had the function of theater and activities room.

19. ANTI-AIRCRAFT DEFENSE
Set consisting of a bunker guard and ammunition with a home, a connection trench and the emplacement of the anti-aircraft machine gun on a column built of stone and cement.

Visits arranged on request * any day.
* ‘One day in advance. 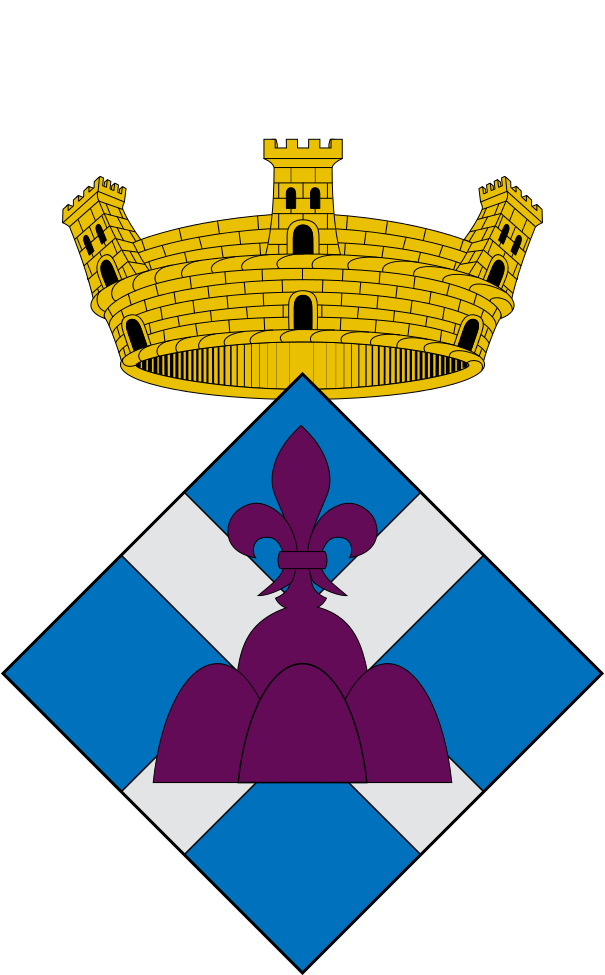 Visit to the Interpretation Center and historical spaces (Route B)

Visit to Interpretation Center and Route B

Visit to the Interpretation Center and Route B

In homage to all men and all the women, children and girls who lived and suffered those tragic moments of our history 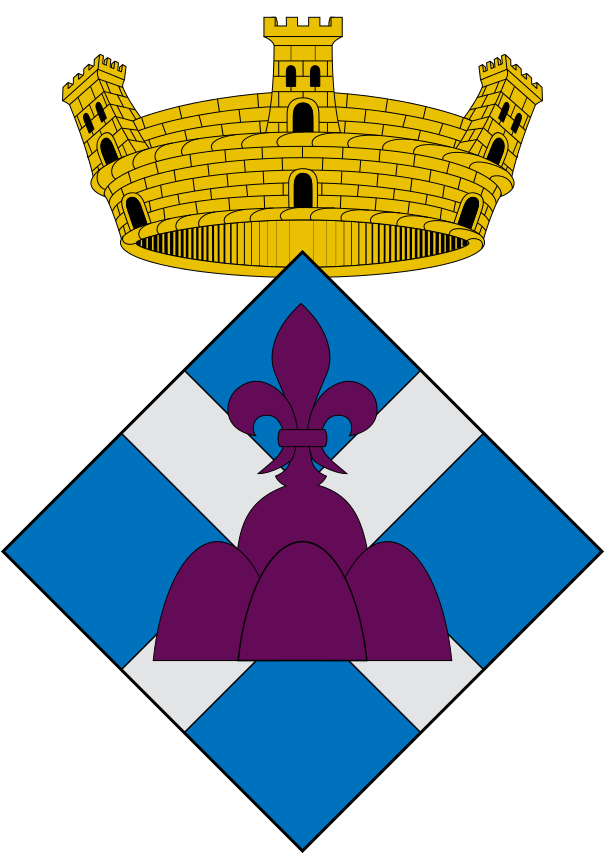